Way back in the mists of time in a far flung corner of this sceptred isle a band of well-muscled 25mm army-carrying wargamers gathered together to celebrate the Roman era of British history (and, more pertinently, how it was portrayed in Carry On films - of course). 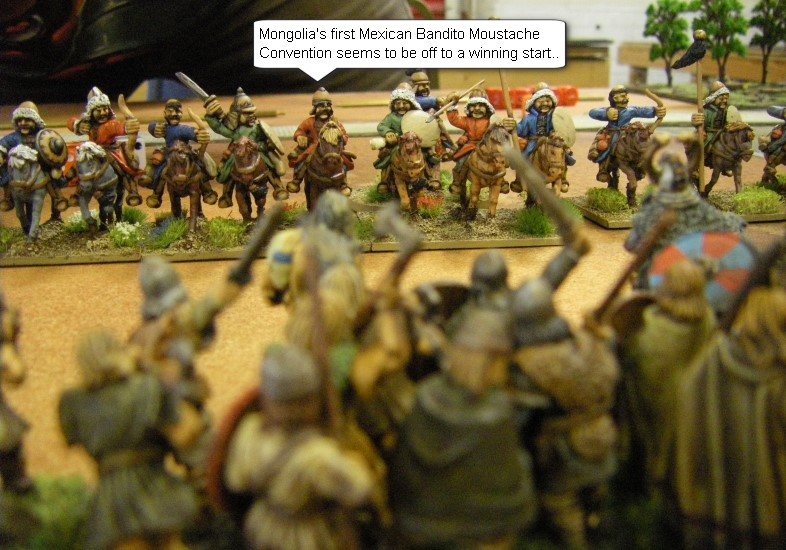 The end result was the BIG Abona Festival, a 2-day, 4-game 25mm ADLG event with a theme of all armies valid at any date during the Roman presence in Britain. 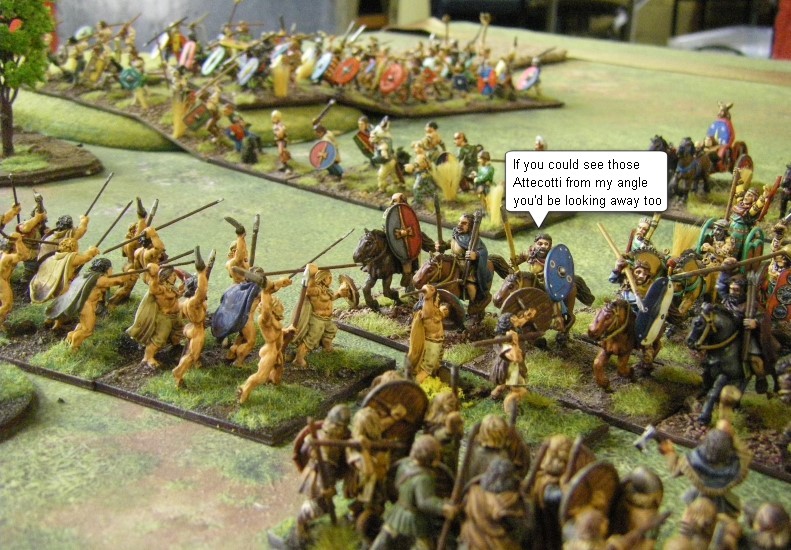 To this esteemed gathering I elected to take the Vikings, who just about squeaked in with a dateline before the end of the Sub Roman British list. Just. 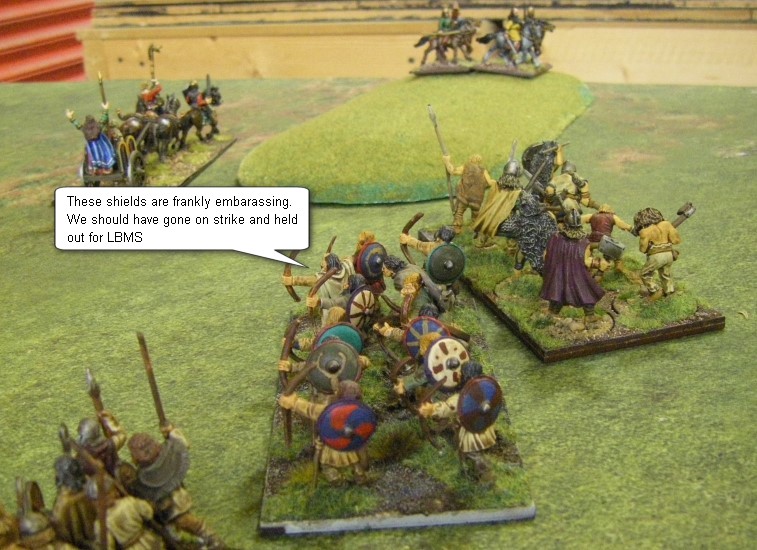 Many months later the four reports of the Viking's exploits are finally published for your delight and delectation, as the Norsemen take on the Mongols, Ancient British and two very different sets of Roman soldiery in full widescreen technicolour.

Read on for the usual mix of poor puns, comedy captions and expert analysis - this time with added rubbish rhymes!

Users browsing this forum: No registered users and 8 guests